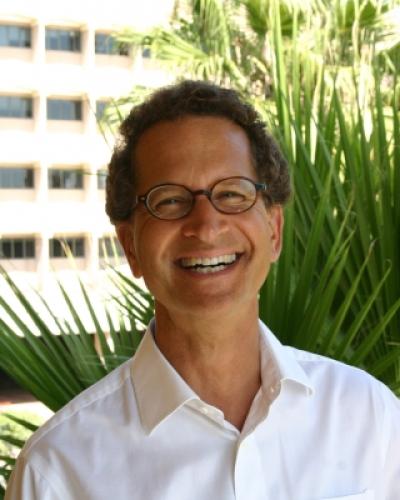 David Lea is Professor in the Department of Earth Science, Affiliate Faculty in the Bren School of Environmental Science and Management, and a member of the Marine Science Institute at the University of California, Santa Barbara, where he has been a faculty member since 1989. He received his B.S. in Geology from Haverford College (PA) in 1984 and his Ph.D. in Oceanography from the Massachusetts Institute of Technology – Woods Hole Oceanographic Institution Joint Program in 1990 (Thesis Supervisor Prof. Ed Boyle, MIT - member NAS). His research interests include Ice Age climate change, marine geochemistry/carbon cycle, and global climate change. He has published 95 scholarly papers on these topics, including 17 in the high profile journals Science and Nature. Lea has been a Visiting Professor at the University of Chicago and University of Cambridge, UK. His awards include the UCSB Academic Senate Distinguished Teaching Award (2001), a John Simon Guggenheim Fellowship (2002-03), a Leverhulme Visiting Professorship, a Clare Hall Visiting Fellowship (both 2002-03, Cambridge, UK), the American Geophysical Union (AGU) Emiliani Lectureship (2007)—awarded to "individuals who have made outstanding scientific contributions to our understanding of past oceans and climates" &md, a Leopold Leadership Fellowship (2009), a Jefferson Science Fellowship (2010), and a Google Science Communication Fellowship (2011). Lea was elected a Fellow of AAAS in 2012 and AGU in 2013. He developed and chaired UCSB’s 2007 Global Warming-Science and Society Event Series, which drew over 3600 attendees. In 2010-2011 Lea served as science advisor in the U.S. Department of State to the Honorable Todd Stern, President Obama’s Special Envoy on Climate Change (SECC), and to the Office of Global Change (EGC).