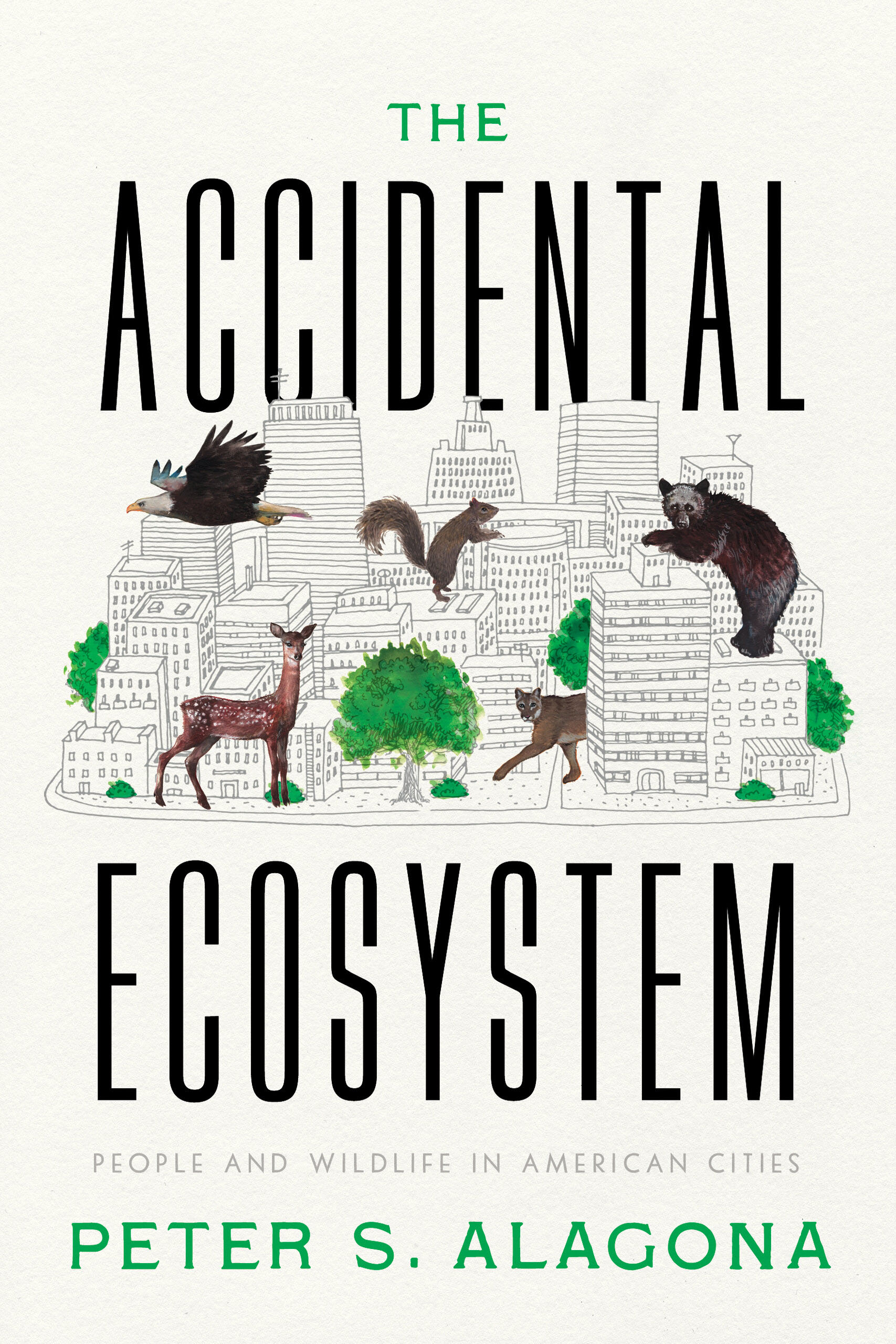 Peter Alagona’s book, “The Accidental Ecosystem” tells the story of how American cities filled with wildlife. Alagona, who is an environmental historian, an associate professor at UC Santa Barbara, hopes the book catalyzes a conversation about how to reimagine our cities as shared, multispecies habitats.

In many ways the story of urban wildlife is also the history of cities. Humans often establish settlements in locations rich in resources and biological productivity, around strategic sites dictated by geography and transportation. These are all characteristics that favor a thriving ecosystem as well, meaning many contemporary urban areas were flush with wildlife before they were settled.

Cities have always had plenty of animals, before refrigeration and automobiles, domesticated animals like chickens, cattle and horses were commonplace in urban environments. But the push for cleaner, healthier cities in the mid to late 1800s saw many of these animals moved out of urban centers. According to Alagona, it was only when domesticated animals left that wildlife could begin to return.

In fact, the author argues that the efforts to clean up cities were so successful that many of us forgot animals were ever a part of the urban setting. However, animals see a habitat with resources, opportunities and hazards.  And many animals have been able to make a living in the constructed environment, from downtown regulars, like rats and sparrows, to more noteworthy animals like the bobcat met along our daily commute.

The novelty of urban ecosystems invites us to consider what kinds of spaces we want, what kinds of creatures we want to share them with, and what kinds of habitats can promote mutual thriving. At the individual level, this could involve planting native gardens, keeping cats indoors, or minimizing the harmful chemicals we put into our neighborhoods. At large scales, these efforts include maintaining urban forests, implementing measures to reduce bird strikes and roadkill, and designing parks and open spaces with wildlife in mind.

Toward the end of the book, Alagona makes the case that it’s time to transition cities from accidental to intentional ecosystems. “It’s not just doom and gloom,” he said. “There are so many opportunities in urban ecosystems. Sometimes opportunities even happen by accident.”