After the Debris Flow 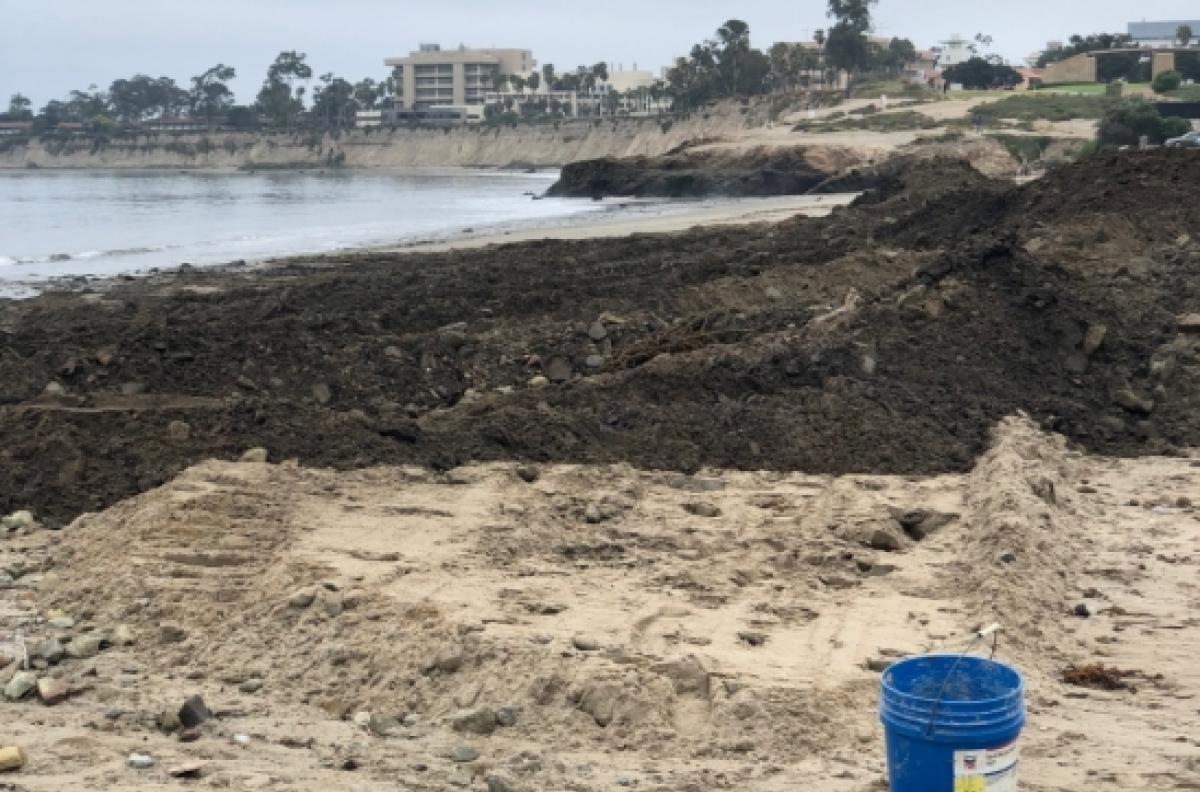 The catastrophic debris flow that affected Montecito, Calif., in early January, 2018 was the result of a rare confluence of severe events.

As the community dug itself out of the mud in the aftermath of the disaster, Santa Barbara County’s flood control officials were faced with a major problem: what to do with the slurry of silt and other debris that had flooded creeks, clogged catchments and buried homes. One solution: Take it to Goleta Beach for disposal, which they did later that month over the course of several weeks.

For Heili Lowman, at the time a graduate student researcher affiliated with the Santa Barbara Coastal Long Term Ecological Research program, and her colleagues the situation lent itself to a study exploring how far the debris from the emergency disposal would actually travel. They conducted a study in collaboration with scientists from the University of Florida and the Université du Québec à Montréal, and supported by the Coastal Fund and the National Science Foundation (via the SBC LTER). The results of their study appear in the journal Science of the Total Environment.

“The high biodiversity of the Santa Barbara coast is due to the rich and productive mosaic of nearshore marine habitats” said UCSB coastal marine ecologist Jenifer Dugan. “This means that even in a small area of the coast, the impacts of debris disposal could potentially affect multiple marine habitats and their biodiversity. In light of this, increasing our understanding of the fate of this type of material and its disposal is a very important step in conserving these marine habitats and their biodiversity as we respond to climate change and the likelihood of future severe events here and elsewhere.”

To get a sense of where the detritus from the debris flow had gone after it was dumped on Goleta Beach, the researchers collected samples from the beach and from Goleta Bay. They also sampled the sea floor in the nearshore zone south of Goleta Slough and along a transect extending westward. In order to determine whether the sediment was from a terrestrial source, such as the debris flow, they looked in particular for charcoal and compounds that indicate burned material and terrestrial plant matter. Using samples collected near the slough, which drains creeks that were not affected by the Thomas Fire, the scientists were able to compare sediments for a clear “charcoal signal” that was the definite sign of the material burned in the fire.

“The good news is that we did find that the debris material appeared to be largely removed from the beach,” said Lowman, who is now completing postdoctoral work at the University of Nevada, Reno. “And we really didn’t pick it up in the other intertidal sites that we sampled through time."

In the nearshore cores the charcoal signal was strong, a sign that the debris hadn’t traveled very far from the beach.

“We can say with a high degree of certainty that the charcoal was basically sticking around in the marine sediment,” Lowman said.

Given the increasing likelihood of severe weather events, it may not be the last time burned organic material from the mountains is transported to the ocean. Knowing the impacts these pulses of organic matter have on the nearshore community is important, according to the researchers.

“This study was to explore whether or not the debris material stuck around, and to motivate additional studies on the impact of this influx of material from the terrestrial environment into the marine environment,” Lowman said. “Now that we actually know that it’s here, we need to better study its impacts because it’s not being dispersed as far as we thought it might be."