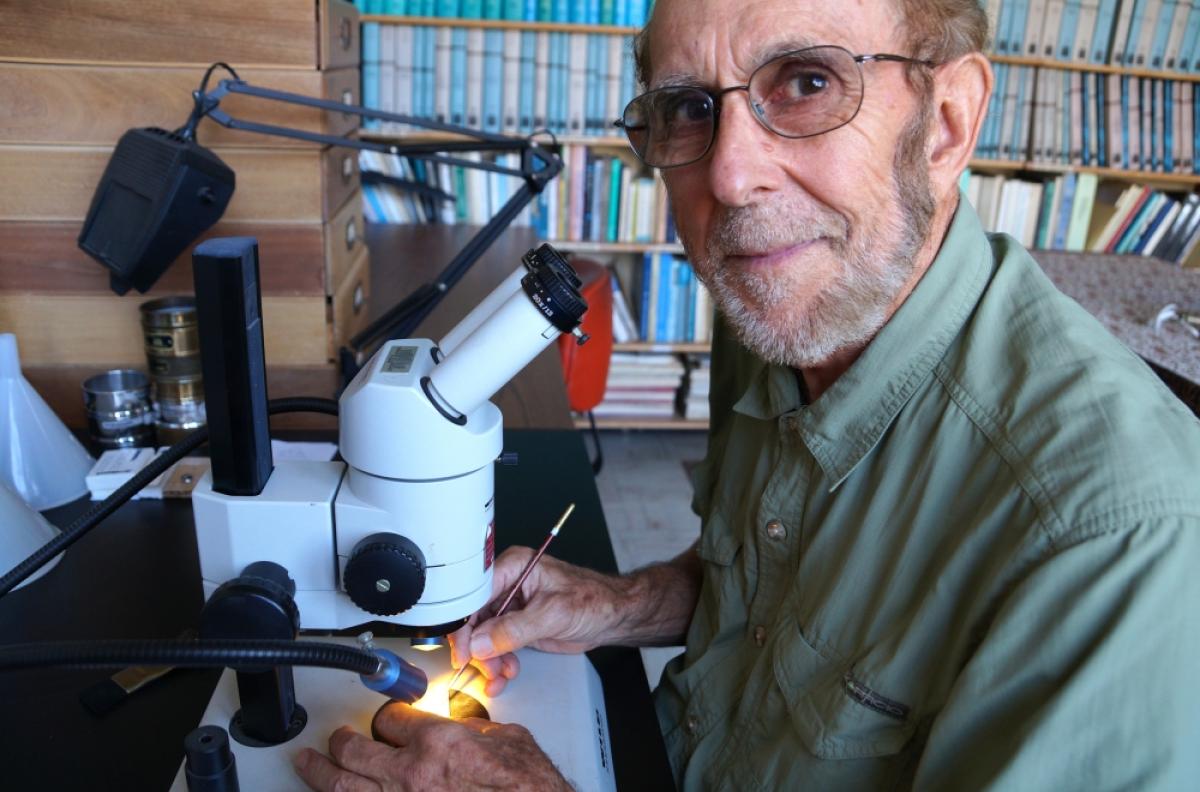 There’s evidence of a large cosmic airburst, close to this city called Tall el-Hammam. The shock of the explosion over Tall el-Hammam was enough to level the city.

“It’s an incredibly culturally important area,” said James Kennett, emeritus professor of earth science at UC Santa Barbara. “Much of where the early cultural complexity of humans developed is in this general area.”

A favorite site for archaeologists and biblical scholars, the mound hosts evidence of culture all the way from the Chalcolithic, or Copper Age, all compacted into layers as the highly strategic settlement was built, destroyed and rebuilt over millennia.

But there is a 1.5-meter interval in the Middle Bronze Age II stratum that caught the interest of some researchers for its “highly unusual” materials.

“We saw evidence for temperatures greater than 2,000 degrees Celsius,” said Kennett, whose research group at the time happened to have been building the case for an older cosmic airburst about 12,800 years ago that triggered major widespread burning, climatic changes and animal extinctions. The charred and melted materials at Tall el-Hammam looked familiar, and a group of researchers including impact scientist Allen West and Kennett joined Trinity Southwest University biblical scholar Philip J. Silvia’s research effort to determine what happened at this city 3,650 years ago.

Their results  are published in the journal Nature Scientific Reports.

The shock of the explosion over Tall el-Hammam was enough to level the city, flattening the palace and surrounding walls and mudbrick structures, according to the paper. The distribution of bones indicated “extreme disarticulation and skeletal fragmentation in nearby humans.”

For Kennett, further proof of the airburst was found by conducting many different kinds of analyses on soil and sediments from the critical layer. Tiny iron- and silica-rich spherules turned up in their analysis, as did melted metals.

Tall el-Hamman has been the focus of an ongoing debate as to whether it could be the biblical city of Sodom, one of the two cities in the Old Testament Book of Genesis that were destroyed by God for how wicked they and their inhabitants had become.

“All the observations stated in Genesis are consistent with a cosmic airburst,” Kennett said, “but there’s no scientific proof that this destroyed city is indeed the Sodom of the Old Testament.” However, the researchers said, the disaster could have generated an oral tradition that may have served as the inspiration for the written account in the book of Genesis, as well as the biblical account of the burning of Jericho in the Old Testament Book of Joshua.