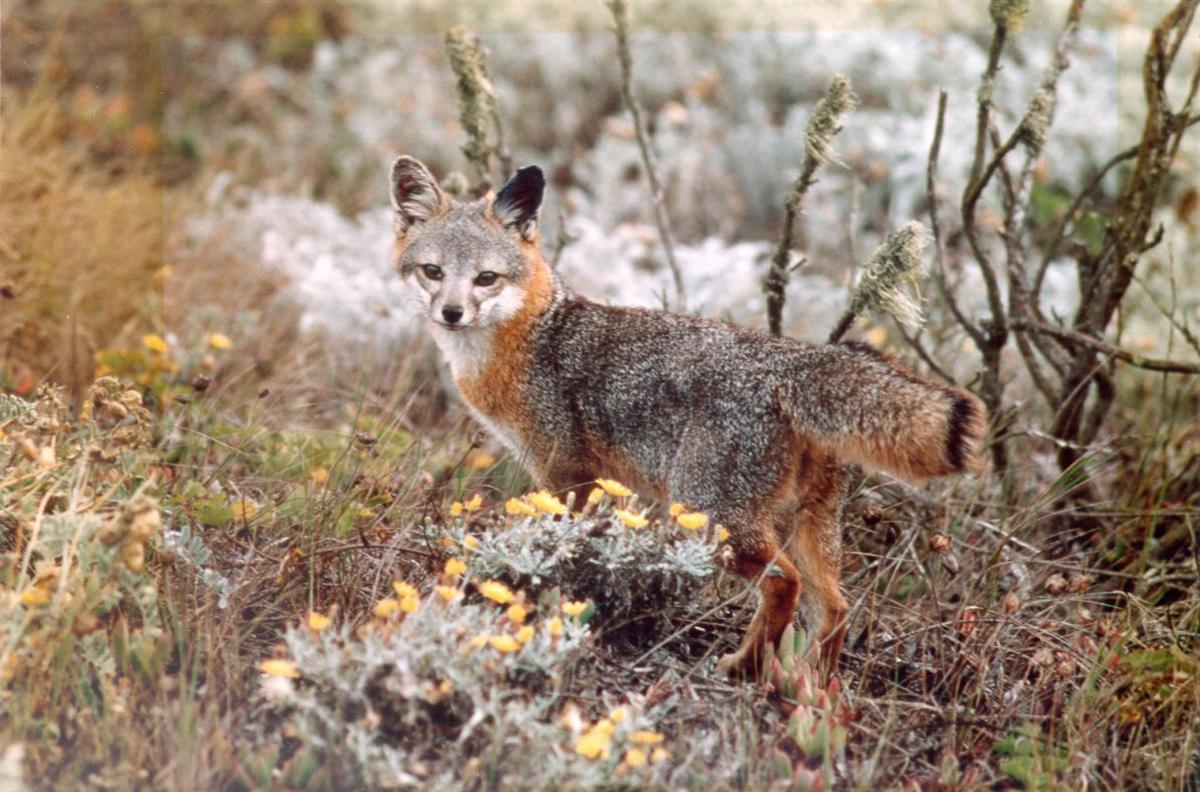 Island foxes are masters of survival.Their small size, for one, is an adaptation to their resource-limited surroundings. And they’re not primarily nocturnal like their mainland cousins, allowing them to hunt and forage at any hour.

UC Santa Barbara and Channel Islands National Park researchers have now documented another tactic that has not been studied as intensively: Some island foxes living along the coast have a taste for beach food, specifically the small cryptic animals that live around the piles of drift kelp on beaches, safely above the wave wash. These tasty critters include beach hoppers (Megalorchestia spp.), which are small, shore-dwelling crustaceans that live just an inch or so under the sand, and associated species like intertidal beetles.

“We were interested in the role the beach ecosystem is playing in providing nutritional support for island foxes, generally considered reliant on terrestrial food sources.” said Mark Page, a research scientist at UCSB’s Marine Science Institute, and lead author on a paper published in the journal PLOS ONE.

Not all island foxes take advantage of the beachy buffet, the researchers said, but the more kelp that washed onto the beach, the more of these small crustaceans and intertidal insects were available — and the more likely they would become part of the foxes’ diets.

According to the study, the abundance of kelp wrack was the main factor in explaining the abundance of beach hoppers on island beaches. Beaches that faced prevailing winds and currents were in a position to receive large amounts of kelp wrack that typically hosted more of these crustaceans, while beaches facing away from wind and current typically had fewer beach hoppers for the foxes to dine on. “On a kelp strewn island beach you can easily have one hundred thousand beach hoppers per meter of shoreline,” coauthor Jenifer Dugan said of a “prey resource that is just ready to be exploited by both terrestrial and marine animals.”

The researchers are careful to point out that their study considered only coastal foxes and not those who spent their time inland, and that more work needs to be done to explore whether or not the abundance of kelp might result in more or healthier foxes in the area. The findings, Dugan said, suggest that beaches, with their natural connections to ocean resources such as kelp, can confer additional resilience on local populations of the threatened island fox, especially if their land-based prey becomes scarce.

Research on this project was also conducted by Kyle A. Emery, Nicholas K. Schooler, Angela Gugliemino, Linnea Palmstrom and Robert Miller at UCSB, and Donna M. Schroeder at the Bureau of Ocean Energy Management.