Catching Plastic at Its Source 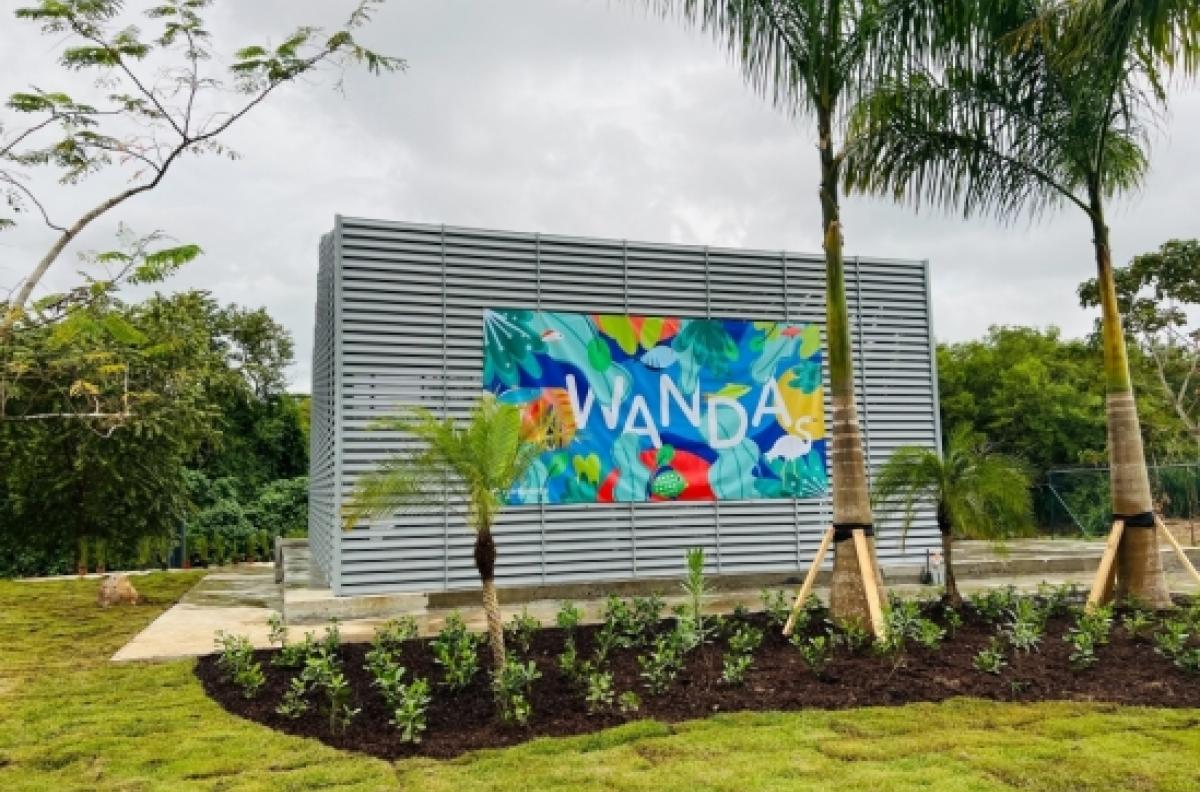 Wanda Díaz is a project of the Panama-based environmental group Marea Verde, which belongs to the Clean Currents Coalition advised by Benioff Ocean Science Laboratory.

A semiautonomous trash interceptor powered by flowing water and sunlight today started eating plastic on the Juan Díaz River in Panama City, Panama, the most ambitious attempt yet to rescue a long-contaminated waterway from being a floating landfill. It’s also a significant step in a broader campaign to remove plastic from waterways in Latin America, Africa and Southeast Asia, and to analyze the extracted plastic with an eye toward addressing the pollution’s root cause.

The interceptor is a “trash wheel,” affectionately nicknamed Wanda Díaz, a project of the environmental group Marea Verde. One of eight members of the Clean Currents Coalition, Marea Verde is part of a worldwide effort to subdue the plague of ocean plastics, partly by capturing and removing plastics at their source: polluted rivers.

“There’s a living river under all that trash, or there could be,” said Douglas McCauley, director of UC Santa Barbara’s Benioff Ocean Science Laboratory, which advises the Clean Currents Coalition. “The waters of the Juan Díaz once nourished the local community, the nearby mangroves and the Pacific Ocean. We’ll never restore rivers like this to health unless we can start to get the plastic out — and keep it out. And rescuing rivers from plastic is the key to rescuing the oceans.”

Trash wheels are relatively new inventions. Using booms, conveyor belts and solar panels, they sweep plastic out of the water and repurpose, recycle or incinerate it. A similar machine, Mr. Trash Wheel, has been clearing tons of trash from Baltimore’s Inner Harbor since 2014.

Panama City’s Wanda Díaz is the latest of the Clean Currents Coalition’s plastic capture devices to launch. But that’s not all the coalition is doing. They’re also piloting other technologies, including simple, low-cost systems such as booms, barriers and traps, and more complicated trash concentrators and harvesters. The group is looking for what works best in different places, hoping to create a diverse array of options that can be replicated in other rivers and waterways around the world.

While the discussion about ending plastic pollution often focuses on the ocean, rivers are a critical piece of the puzzle. Rivers send up to 300 metric tons of plastic per hour into the ocean worldwide. Some scientists estimate that as much as 12.7 million metric tons of plastic have entered the ocean each year since 2015. Plastic waste is much harder to recover once it disperses in the ocean. Serving as a bottleneck for plastic on its way to the ocean, rivers provide a powerful opportunity to trace plastic back to its source.

The Clean Currents Coalition members are located in Panama, Mexico, Jamaica, Ecuador, Kenya, Vietnam, Thailand and Indonesia. The coalition is both advised and funded by the Benioff Ocean Science Laboratory, formerly the Benioff Ocean Initiative, which recently announced an additional $60 million gift from the Benioff family.