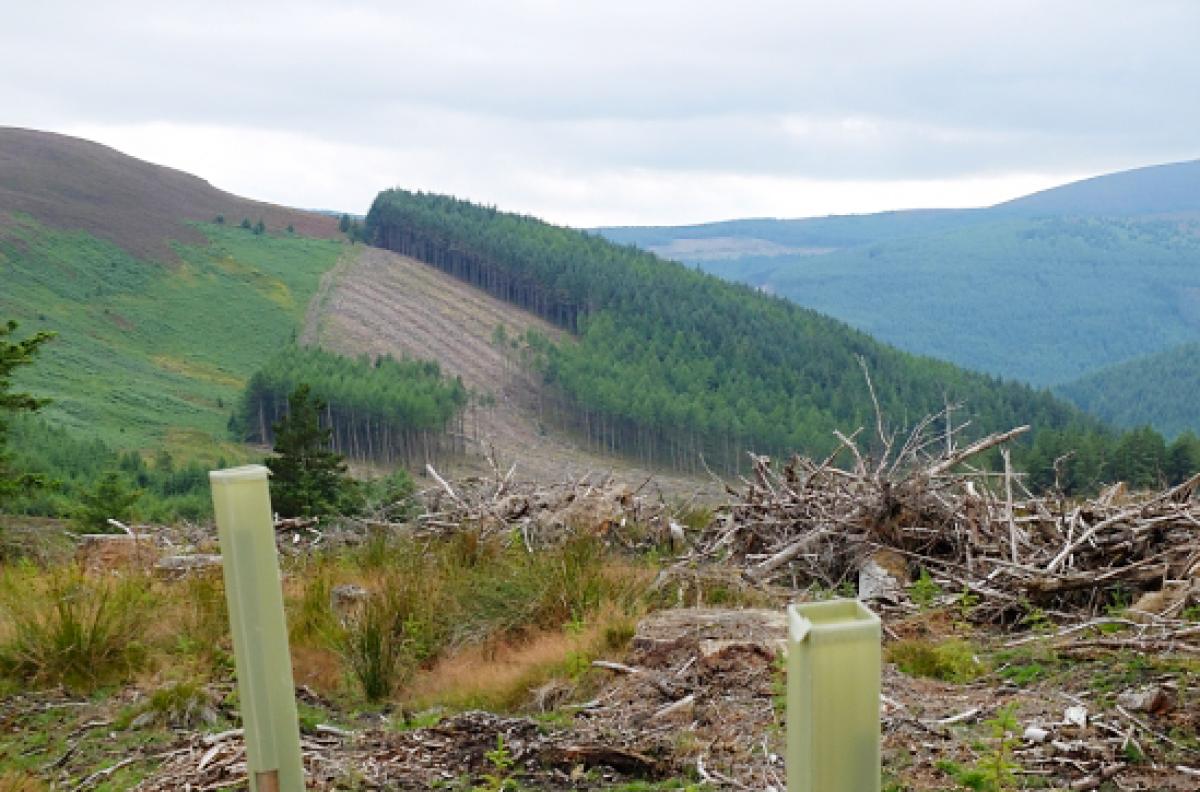 Oak. Elm. Rowan. Ash. Willow. Hazel. Forests of these trees used to cover Ireland, but now its landscape is home to towering, upright conifers of the American Pacific Northwest. Sitka spruce for example, constitute slightly more than half of Ireland’s tree cover.

Ruby Harris-Gavin, a graduate student researcher in the lab of UC Santa Barbara ecologist Hillary Young, remembers being confused by their presence when she was young. She knew that they weren’t a normal forest, but the significance of their presence would be clear during her undergraduate studies at UCSB.

In her essay, recently published in the interdisciplinary journal Éire-Ireland, Harris-Gavin explains how for decades, conifer monocultures have proliferated on the landscape, planted and managed by the country’s Department of Agriculture, Food and the Marine (DAFM) and Coillte, Ireland’s leading forestry company, under the term “forest.”

She says that is misleading. “They are using this positive association that people have with words like ‘forests,’ and ‘trees,’ and people aren’t looking into it beyond that.” What the foresters manage in terms of native trees “is very well managed,” she adds, but native woodlands come to only slightly more than 1% of total tree cover. The majority of trees are fast-growing species, farmed and clear-cut.