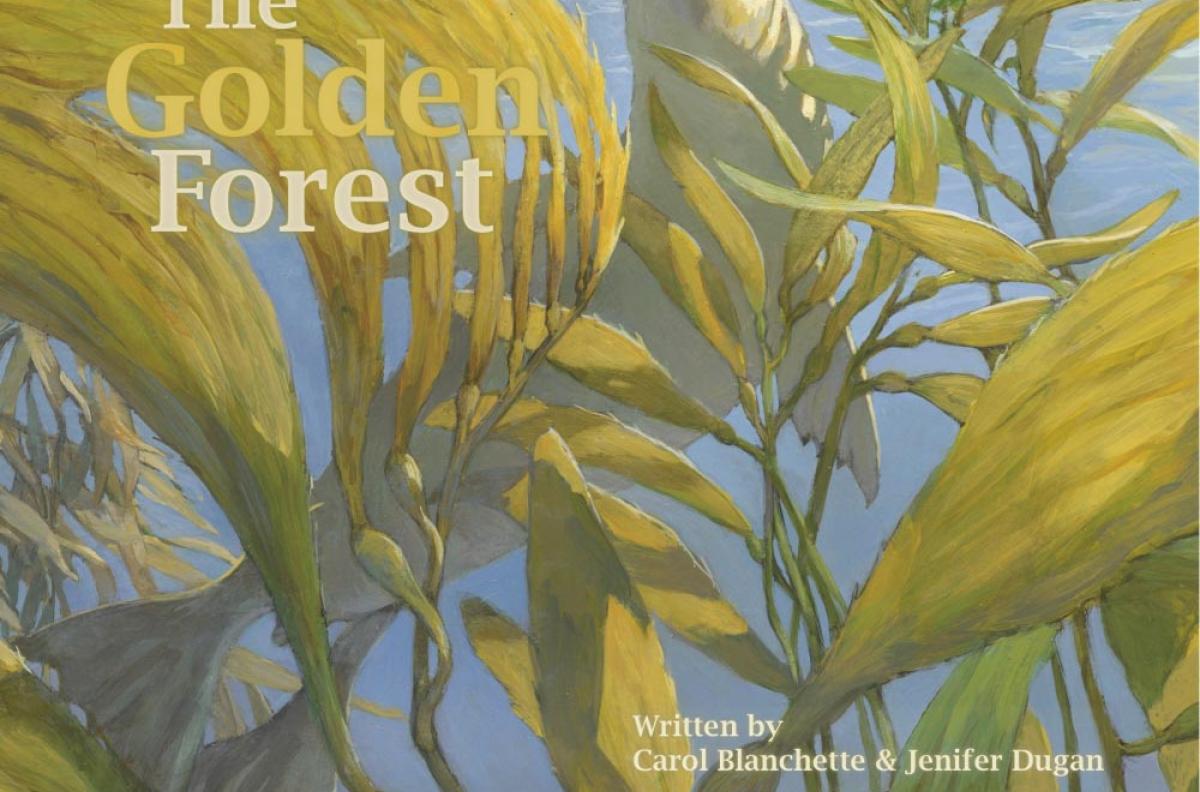 Situated between the Santa Ynez Mountains and the coastal plain to the north and the unique Northern Channel Islands archipelago to the south, the coastal zone of Southern California near Santa Barbara is especially alluring.

The book centers on Owen, who travels from Colorado to stay with his marine biologist aunt in coastal California. Educational adventures ensue as he and cousin Neko explore the beach, conducting experiments on giant kelp that washed ashore during a storm.

When the cousins have a tug-of-war with a single strand of kelp, called a stipe, it snaps. But when they pull on three stipes together, they are unable to break them. Blanchette said she got the idea from schoolchildren on a UCSB field trip who were exploring the concept of disturbance — when large storms break or dislodge kelp from the ocean and deposit it on the beach. “This exercise not only shows the kids how strong the kelp is but also is a lot of fun for them,” she noted.

As the story continues, Owen and Neko lay out a piece of fresh kelp and use a shell and some driftwood to mark its location on the beach. They return the next day to find the wrack — the proper name for beached kelp — has almost disappeared. The culprit? Beach hoppers, small shrimplike crustaceans that eat kelp at night and then burrow in damp sand around piles of kelp in the morning.

According to co-author Jenifer Dugan, an MSI research biologist, the characters’ experiment replicates what scientists actually do. “The fact that it’s encapsulated in this story is really cool,” Dugan said. “We’ve had positive feedback about the book from scientists that we respect as well as from children who have read the book and loved it.”

As part of MSI’s decade-old Oceans to Classrooms program, sixth-grade classes will read the book before they visit UCSB and tour the campus beach, where marine biologists explain the science. “This way, the kids will be excited to look at the kelp and to pick up the sand and sift through it looking for sand crabs and such,” Blanchette said. Coupled with a firsthand experience at UCSB’s Research Experience & Education Facility (REEF) on Campus Point, where touch tanks enable students to interact with variety of sea creatures, the book unites existing study modules about kelp forests and the sandy beach to explore the idea of connections across ecosystems. MSI, which runs the REEF as part of its education outreach, is developing additional curricula based on the book.

“The book lays the groundwork for introducing students to observational science and linking it to the kind of quantitative reasoning that scientists use,” Dugan explained. “The sandy beach ecosystem is very user-friendly and accessible to all ages, and the book opens the door to doing a little gee-whiz science with schoolchildren on our campus beaches, which are remarkably rich.”

“The Golden Forest” is available at the REEF, which is open to the public Saturdays from 11 a.m. to 3 p.m.