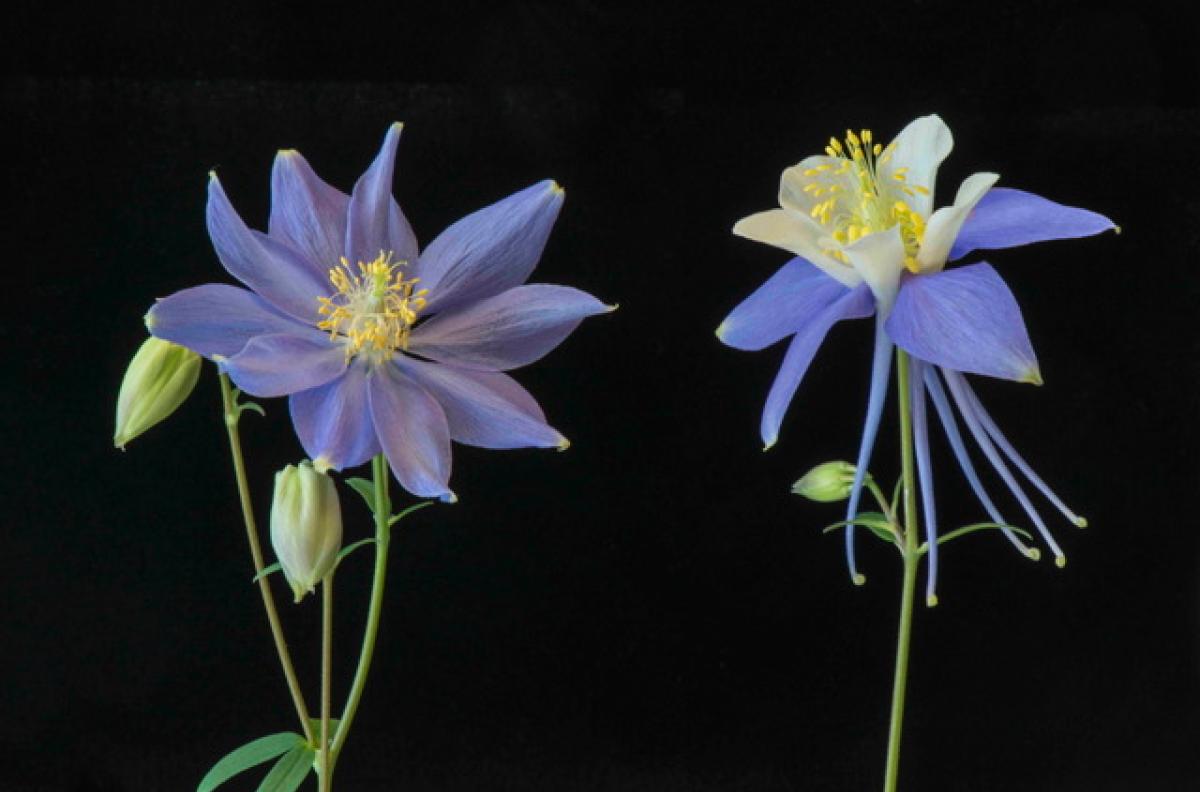 The mutant (left) and wild-type Colorado blue columbine are so different that a taxonomist might assign them to different genera at first glance. Photo Credit: Zachary Cabin

Hodges, doctoral student Zachary Cabin and their colleagues just have identified a case of a sudden evolutionary change. In the journal Current Biology, the scientists describe a population of columbines that have lost their petals, including the characteristic nectar spurs. A drastic change caused by a mutation in a single gene. The finding adds weight to the idea that adaptation can occur in large jumps, rather than merely plodding along over extended timespans.

The team plumbed the plant’s genome to find the source of the unusual morphology. They considered a gene, APETALA3-3, known to affect spur development. They found that this single gene controlled the entire development of the flower’s spurs and nectaries.

“The gene is either on or off, so it’s about as simple of a change you can get,” said lead author Zachary Cabin. “But that simple difference causes a radical change in morphology.”

If these flowers were preserved in the fossil record, scientist could well sort them into two wholly different genera. And there would also be a puzzling gap: no intermediate form documenting a transition from one morphology to the other.

“This finding shows that evolution can occur in a big jump if the right kind of gene is involved,” Hodges said. APETALA3-3 tells the developing organ to become a petal. “When it’s broken, those instructions aren’t there anymore, and that causes it to develop into a completely different organ, a sepal,” he explained.

APETALA3-3 is a type of homeotic gene, one that specifies the development of an entire organ. A mutation in one of these genes can have a drastic effect on an organism’s morphology. For instance, one homeotic mutation causes a fly to develop legs where it should have antennae. “Most of the mutations of this nature are going to be like that, just awful,” Hodges continued. “The animal won’t have any chance of surviving. Biologist Richard Goldschmidt called them ‘hopeless monsters.’”

But once in a very long while, one of these radical changes might provide a beneficial trait in a particular environment, creating a “hopeful monster.” And a hopeful monster would show that evolution can proceed in single, large jumps, supporting the punctuated equilibrium hypothesis.