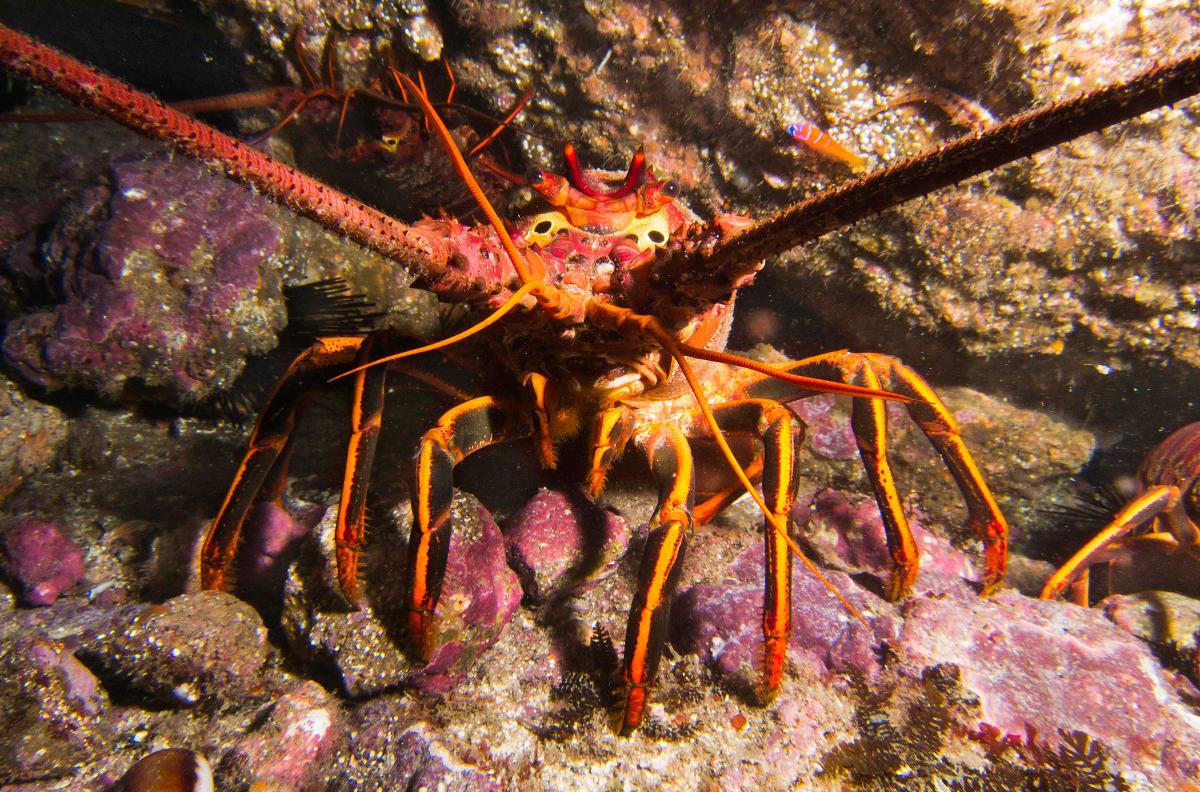 More than a decade ago, California established marine protected areas (MPAs) in state waters around the northern Channel Islands off the coast of Santa Barbara. Several years later, the National Oceanic and Atmospheric Administration (NOAA) extended these MPAs into the federal waters of the Channel Islands National Marine Sanctuary.

To evaluate whether the MPAs are meeting their ecological goals, marine scientists from the Partnership for Interdisciplinary Studies of Coastal Oceans (PISCO) have been monitoring these rocky reef and kelp forest communities. Three UC Santa Barbara PISCO scientists have now published an analysis of 10 years of monitoring data for the MPAs in the Channel Islands network. The results appear in the journal Scientific Reports.

“The Channel Islands MPAs appear to be fulfilling their role as refuges for many fish and invertebrate species,” said lead author Jennifer Caselle, a research biologist at UCSB’s Marine Science Institute (MSI). “2013 marked the 10-year anniversary of the Channel Islands MPAs. A snapshot view in 2008 indicated that the MPAs were enhancing ecological communities, but we didn’t have enough data to assess the long-term changes. Now, for the first time, we can compare long-term trends in the protected areas with areas open to fishing.

” After the first five years of protection, scientists found that fish species targeted by fishermen had both greater density (numbers of fish per area) and biomass (total weight per area) inside MPAs as compared to reference sites outside — and this was still true in 2013. “We expected to find an increase in biomass inside the MPAs for fish species that are the targets of fishing, and that did occur across the MPA network,” Caselle said. “Perhaps more important, we also found increases in fished species outside in the unprotected areas. That means that one of the most common fears of fishermen was not realized — and that’s huge.

” According to co-author Robert Warner, when fishing is prohibited in one area, fishermen naturally turn their attention to less protected areas. “It was feared that this extra effort would deplete the fish stocks outside of MPAs,” noted Warner, a research professor in UCSB’s Department of Ecology, Evolution, and Marine Biology. “Happily, there is no evidence of depletion. In fact, fish stocks outside of MPAs have increased over time, although at a slower rate than inside MPAs.

” The scientists don’t know if fish population increases beyond the MPA borders are related to reduced fishing pressure, spillover from MPAs, favorable environmental conditions or a combination of all three.

This study represents one of the first opportunities marine biologists have had to examine a network of MPAs rather than a single location. Even though the northern Channel Islands comprise a relatively small geographical space, the data showed spatial variation. The responses were strong in the eastern part of the channel but negligible in the west, where waters are colder.

“The northern Channel Islands lie within a transition zone where cold waters from the north meet warm waters from the south,” said co-author Andrew Rassweiler, an MSI assistant research biologist. “Distinct groupings of marine life are associated with different parts of this spectrum of water temperatures throughout the islands, and these diverse areas can respond differently to the establishment of MPAs.” In warmer water surrounding the eastern islands, biomass of targeted species was higher within MPAs compared to areas outside. In contrast, at San Miguel Island, where MPAs are located in colder waters, the biomass of targeted species showed no significant difference between the MPA and unprotected areas. According to Caselle, these dissimilar responses could be due to differences in the amount of fishing across the islands combined with differences in growth rates of the animals.“

The implications of this are important because the state of California has recently implemented a statewide network of MPAs though the Marine Life Protection Act,” she said. “We now have a large number of MPAs in a variety of habitats and ocean conditions. Our work in the Channel Islands creates expectations for what will be seen throughout the state. All MPAs are not going to perform equally.

“By following the trajectories of protected and unprotected areas through time and across space, we’ve been able to document the effects of MPAs in unprecedented detail,” Caselle concluded. “This is the sort of information that management desperately needs.”

Primary funding for this work was provided by the David and Lucile Packard Foundation and the Gordon and Betty Moore Foundation. Additional funding and/or vessel time was provided by Channel Islands National Park; NOAA; the California Ocean Protection Council; the Resources Legacy Fund; the National Science Foundation and the National Marine Fisheries Service via the CAMEO program; California Sea Grant; the Channel Islands National Marine Sanctuary; and the California Department of Fish and Wildlife.