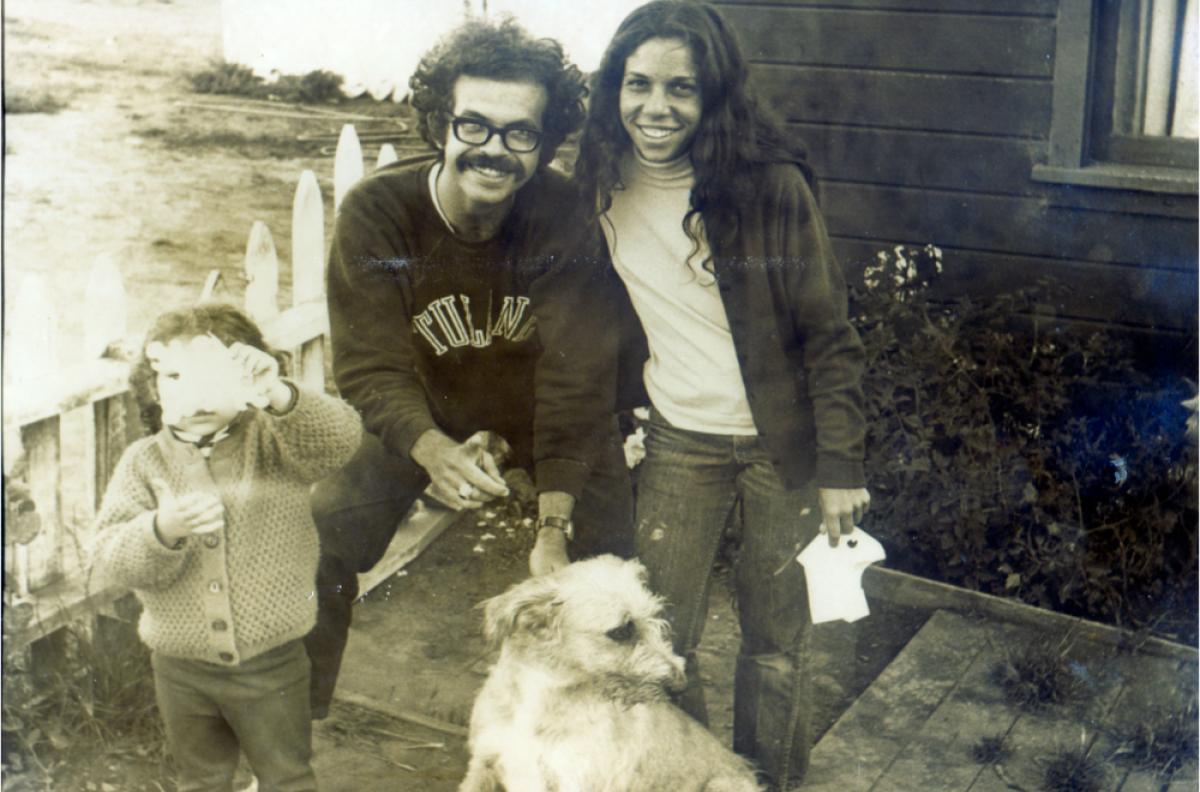 Armand Kuris with his wife, daughter and dog around the time of his Pacific coast expedition.

UC Santa Barbara Professor Armand Kuris served as a seasoned mentor for several young researchers who hadn’t even been born when he first visited the site. This was just one of many shorelines along the coast of the Pacific Northwest where the group was repeating ecological field work Kuris conducted in 1969 and 70. He teamed up with Assistant Professor Chelsea Wood of the University of Washington and her lab—all parasite ecologists eager to know the fate of the organisms Kuris had studied so long ago.

As a bright-eyed young scientist, Kuris felt his work was the pinnacle of human investigation. Imbued with this sense of consequence, the budding researcher made sure his work was perfect. He kept meticulous notes and took pains to ensure his methodology was consistent at every site. He wasted no materials, identified and quantified all the parasites he found, and recorded his observations in comprehensive data sheets.

Kuris’ diligence proved crucial five decades on. “If that spirit of perfectionism hadn’t taken hold, the dataset would not have been useful in the way that it was 50 years later,” said Wood.

Results from the new survey, led by undergraduate students, appear in the Proceedings of the Royal Society B, and reveal that the abundance of parasites among shore crabs hasn’t followed a simple trajectory over the last half-century.