Watering holes bring together wildlife, and their parasites, on the plains of Africa
Harrison Tasoff 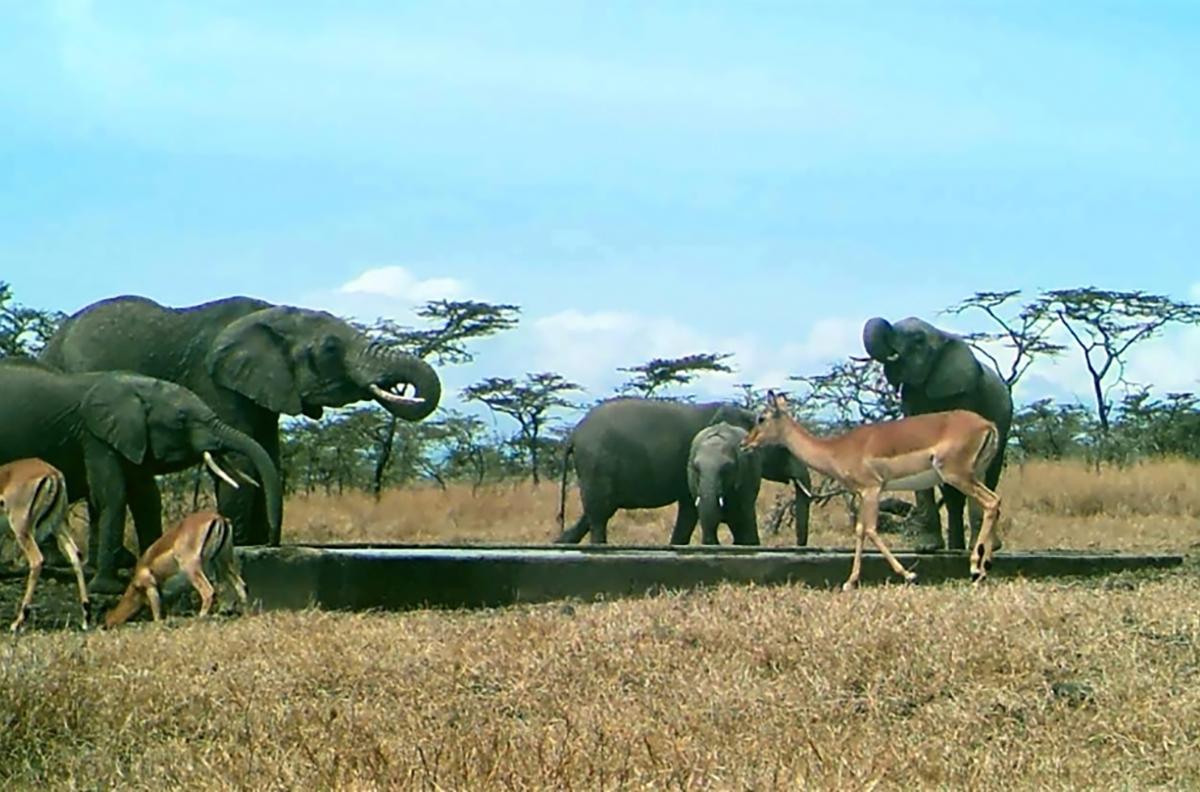 A menagerie of Africa’s iconic wildlife congregates around a watering hole to quench their thirst during the region’s dry season.

But it’s not only the region’s herbivores and carnivores that are gathering at this waystation.

“We think about watering holes as being iconic centers of these majestic animals,” said UC Santa Barbara biologist Georgia Titcomb, “but they are also hotspots for the parasites that infect these animals.”

Resources bring organisms together, so Titcomb was curious how watering holes might affect the distribution and density of the savanna’s parasites. With help from citizen scientists, she and an international team of researchers discovered that parasite density is far higher around water sources than elsewhere in the landscape. While the jump in exposure risk varied among different host species, the team found it was two orders of magnitude greater for cattle and elephants in particular. The results, published in Nature Communications, provide ecological insights as well as potential applications in ranching and wildlife management.

Attracting both wildlife and livestock, such intensely shared resources as watering holes foster the spread of pathogens and parasites. And while they are often maligned, parasites can provide scientists with a wealth of information about ecosystem health and interactions between species.

To investigate the phenomenon, Titcomb conducted an experiment at Ol Pejeta Conservancy, in central Kenya.

Titcomb said she expected watering holes to aggregate parasites, leading to higher exposure for hosts. “But we didn’t expect quite the degree of variation among different wildlife species,” she explained. “The animals that were most strongly affected, and that really followed our expectations, were ones that are quite water dependent: elephants and cattle.”

In addition to illuminating ecological processes, the results have management implications.

“If a cattle herder wants to reduce the chances that their cattle are exposed to parasites, they may want to avoid grazing their animals within 150 meters of water,” Titcomb said. And if a rancher knows their livestock share a watering hole with wildlife, they may want to treat for parasites when more animals converge on the available sources of water.

Titcomb hopes to investigate how parasite infections in cattle might affect wildlife.

Titcomb is also curious about the effect of aridity on parasite exposure. “Water distribution, and its ensuing effects on vegetation, are responsible for many of the huge movements of animals that we see across the continent,” she said.