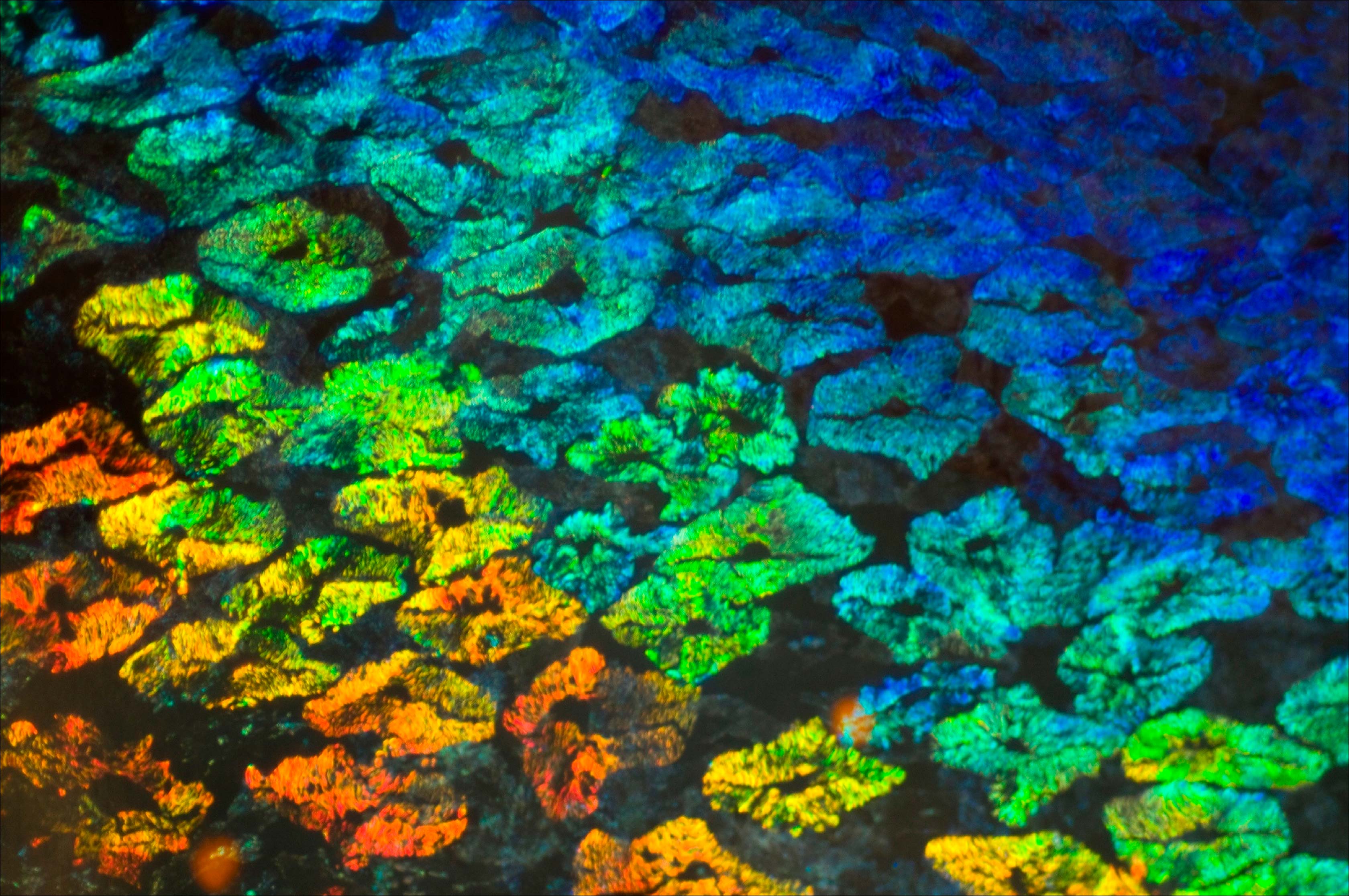 Activation with a droplet of the neurotransmitter, acetylcholine, induced a wave of color to ripple through the cells in squid skin from top to bottom. Photo courtesy of Dan Morse.

Squids continue to intrigue people today — people like UC Santa Barbara professor Daniel Morse—for much the same, albeit more scientific, reasons. Having evolved for hundreds of millions of years to hunt, communicate, evade predators and mate in the vast, often featureless expanses of open water, squids have developed some of the most sophisticated skin in the animal kingdom.

Like their cephalopod cousins the octopus and cuttlefish, squids have specialized pigment-filled cells called chromatophores that expand to expose them to light, resulting in various shades of pigmentary color. Of particular interest to Morse, however, is the squids’ ability to shimmer and flicker, reflecting different colors and breaking light over their skin. It’s an effect that is thought to mimic the dappled light of the upper ocean—the only feature in an otherwise stark seascape. By understanding how squids manage to fade themselves into even the plainest of backgrounds—or stand out—it may be possible to produce materials with the same, light tuning properties for a variety of applications.

Morse has been working to unlock the secret of squid skin for the last decade, and with support from the Army Research Office and research published in the journal Applied Physics Letters, he and co-author Esther Taxon come even closer to unraveling the complex mechanisms that underlie squid skin.